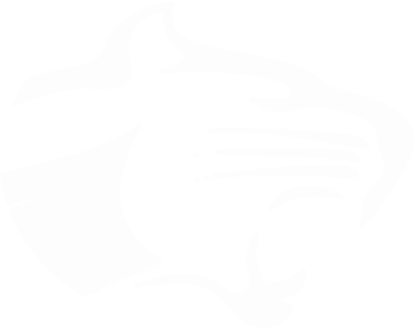 GLENDALE — Midway through this past week, Mountain Ridge senior quarterback Ryan Finch learned he might step in for an ailing Brendan Anderson as the Mountain Lions’ starter against perennial power Centennial.

Talk about making the most of your opportunity.

Finch scored six total touchdowns — five passing and the winning score on the ground — in leading Mountain Ridge to arguably the biggest win in their history, a 39-35 triumph over the shellshocked Centennial Coyotes on Friday night in the first-ever meeting between the Northwest Valley schools.

“It’s crazy to be a part of this,” said Finch as he accepted congratulations on the field after the game. “It’s kind of unexpected but the whole team came through. It’s pretty amazing.”

As players and fans were going crazy around him, Mountain Ridge Head Coach Doug Madoski was business as usual.

“This is a testament to the job our coaches do here,” Madoski explained. “We coach them hard and we coach them up. We knew we were never out of this game and the kids proved it at the end.”

It looked like the Mountain Lions would be just another victim of the seven-time state champs as they trailed 26-7 in the second quarter and 35-14 with five minutes left in the third. But Finch iginited a wild comeback that saw Mountain Ridge score the final 25 points of the contest to erase the three-score deficit and leave the Coyotes wondering what had just happened.

“This one hurts. It’s disappointing because we certainly scored enough points to win,” Centennial Head Coach Richard Taylor said. “There was so much stuff that happened in this game. We will look at the film, regroup and come back next week.”

Mountain Ridge (2-1) started to flip the script right before the break. Trailing 26-7, Mountain Lions sophomore Hayden Allen picked off Centennial junior QB Austin Glimpse to get the football back with less than a minute before halftime.

Finch went to work immediately, hooking up with senior wideout Rahim Bagley on a picture-perfect 39-yard TD strike down the right side. Braeden Lacombe added the PAT and the Mountain Lions trailed 26-14 at the half.

“We were not in a really good place mentally at that point,” Finch explained. “But at halftime we talked about the fact that the game wasn’t over.”

Things got even tougher to start the third quarter when Centennial senior RB James Scott busted free for a 59-yard TD run on the Coyotes’ first possession of the second half. The PAT failed but Centennial still led 32-14 with 8:01 left in the third.

Centennial squelched the next MRHS drive as Demari Washington picked off Finch, one of four Coyotes’ INTs on the night.

The turnover led to a 36-yard field goal by Brysen Gardner and the Coyotes held a seemingly insurmountable 35-14 lead at the 4:49 mark of the third quarte

The Mountain Lions needed quick points and got them in just six plays. Finch delivered another long TD throw, this time to senior wide receiver Dane Berseth from 38 yards out. Lacombe added the PAT to bring the Mountain Lions within 35-21.

Centennial (1-2) was backed up inside their own 10 and suffered a three and out. Dylan Conn punted to Terrance Hall, who darted his way back inside the Coyotes’ 30.

The PAT was wide but Mountain Ridge had climbed within 35-27 late in the third.

Momentum was shifting and Centennial did themselves no favors by going three and out then suffering some crucial penalties on the next MRHS series. Twice on fourth down Centennial committed miscues — a questionable roughing the kicker call and an offsides on 4th-and-3 — that kept the Mountain Lions’ drive alive.

“The penalties that gave them first downs on both of those fourth downs — those are backbreaking,” Taylor admitted.

Following the offsides, Finch went for the jugular and connected with Berseth on a 37-yard aerial strike to bring MRHS within two points. The 2-point conversion was stuffed and Centennial held a tenuous 35-33 lead with 7:19 left in the game.

With no consistent passing game and the O-line struggling, Centennial was forced into another three and out by a fired-up Mountain Lions’ defense. The Coyotes were also without dual-threat quarterback Steven Urquiza, who broke his clavicle against Millennium and is out for the season with the injury.

“Our defense had our back tonight,” Finch said.

Hall returned the punt inside the 20. Finch then completed his heroic night by bulling his way across the goal line from 19 yards out with 5:22 left in the fourth. The 2-point try again failed but Mountain Ridge held a 39-35 lead after scoring four touchdowns in a span of about 11 minutes of game time.

“I wanted to pass but they were blitzing,” Finch explained. “I just saw green and I ran for it.”

Centennial needed a touchdown and Glimpse converted one fourth down on the Coyotes’ final drive with a pass to Michael Mara. But on 4th-and-13 at the CeHS 30, Glimpse fired incomplete over the middle.

The comeback was complete, the upset sealed and Mountain Ridge ran out the clock as Centennial had no timeouts left to use.

Early on, MRHS took a quick lead when Centennial botched a punt and Finch found Hall for a 6-yard TD pass:

Drew Lopez scored on a 52-yard rushing TD. Marvaun Green picked off Finch twice and the second one he took to the house for 37 yards out.

After a fourth down stop by the Coyotes defense, Scott motored away from the Ridge defense for a 68-yard TD run.

Allen intercepted gljmpse later in the half but Lopez countered that with his own pick, dancing through MRHS players on the way to a “Pick 6” from near midfield.

When the smoke cleared, Centennial was in full control with a 26-7 cushion but no idea of the fireworks to come in the second half.

Finch finished with 6 TDs, five passing and the scramble that eventually won the game. He also threw four INTs — two returned for TDs. Bagley caught two TDs as did Berseth. Allen had two picks on defense for Mountain Ridge.

Scott had two rushing TDs for the Coyotes. Lopez had an INT return for a TD and a rushing score. Green had two interceptions for Centennial, one for a score.

“We struggled early tonight but these kids bounced back,” Madoski said. “They kept chopping wood. But at the end of the day, we have to stay grounded, remember this is just one win and get ready to play North.”

The schedule gets no easier for Centennial, who will welcome Chandler Hamilton (3-0) to town next week after the Huskies pulled off a miraculous 25-24 win over Bishop Gorman (Nevada) on national television Friday night.

“We’ve just got to get better — that’s the bottom line,” Taylor said.